Home › Blog › Are These Spiders In My Wilmington Home Dangerous?

Are These Spiders In My Wilmington Home Dangerous?

Most people aren’t fond of spiders. The thought of a deadly arachnid dropping down from the ceiling on a thread of silk to bite an unsuspecting victim is certainly terrifying, but as feared as spiders are, they aren’t all bad. Generally, spiders just want to be left alone to feed on the other bugs living in your home. However, some spiders are venomous and will bite if threatened. If you’re wondering about dangerous spiders in Wilmington, here’s what you need to know. 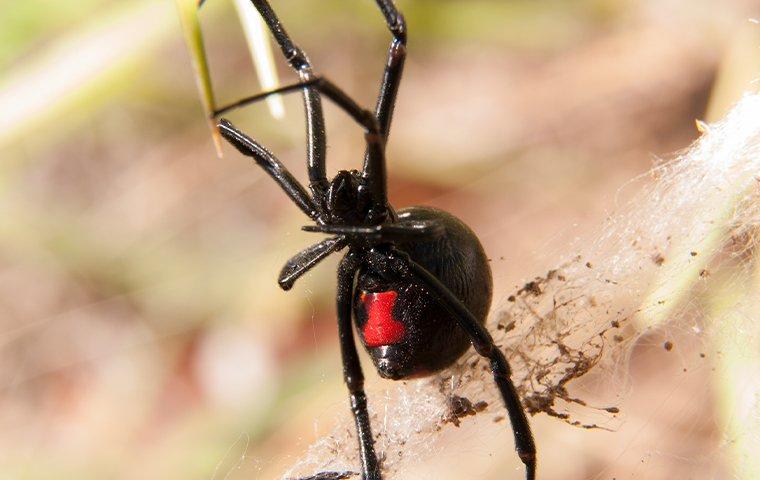 Which Spiders Live In Wilmington?

The North Carolina climate provides an ideal habitat for several species of spiders.

Black widow – The most infamous spider in the world can be identified by its black coloration and trademark red hourglass pattern. Black widow spiders like to hide in out-of-the-way areas like basements and attics where there is little human activity. Their bite is highly venomous, but not fatal.

Cellar spider – Also known as “daddy long legs,” these common pests are completely harmless to humans. Cellar spiders have especially long appendages in proportion to their small bodies and are usually yellow to light brown in color.

Brown recluse – Second only to the black widow in its deadly reputation, the brown recluse is a highly venomous, but often misidentified, spider. As their name suggests, these spiders are light brown in coloration with a distinct fiddle pattern and tend to be reclusive in nature, hiding out in low-traffic areas.

Giant house spider – With some specimens measuring more than four inches in size, giant house spiders are aptly named. These large arachnids can vary in color from orange to brown and although they may be intimidating, their bite is only dangerous to those who are allergic.

Which Spiders Are Dangerous?

All spiders have fangs and venom and are capable of delivering a deadly bite — just not necessarily to human beings. Spiders use their venom to incapacitate their prey, but most species are too weak to cause any substantial harm to your pets and family. However, there are two species in North America that are dangerous to your health: the black widow and the brown recluse.

How To Identify Dangerous Spiders In Wilmington

The trouble with both black widow and brown recluse spiders is that they are often mistaken for other species and proper identification can be difficult.

How to identify black widow spiders:

How to identify brown recluse spiders:

The brown recluse is probably the most commonly misidentified spider in the U.S. Although their bite is not a death sentence, it can cause severe reactions like nausea, fever, and pain. If you believe you’ve been bitten, make sure to seek medical attention as soon as possible.

If you’re concerned with dangerous spiders in your Wilmington home, contact the professionals at Jay Taylor Exterminating for advice or spider control assistance. With over 75 years in business, our experienced team can safely eliminate the spiders in your home and prevent them from coming back with our service guarantee. Contact us today for your free estimate.

“ Matt Burbridge is a rock star in my book! His customer service and people skills are simply incredible. It is truly because of Matt that our large automotive group in Wilmington uses Jay Taylor. He is the face of Jay Taylor Exterminating. I have him handle my personal home account as well. Don't let him go anywhere! If he leaves Jay Taylor we will follow him to his next adventure. Matt always checks in, spends time with his accounts and truly cares about his clients. He is the best in the business. Don't be fooled by imposters.”

“ We've only used Jay Taylor for about a year, and they have been fantastic. Prompt response when we call, competent, effective service. Shout out to Matthew who explains the science behind the service!”

Jay Taylor Exterminating Co. received an average rating of 4.6 out of 5 stars from 73 reviews. 4.6